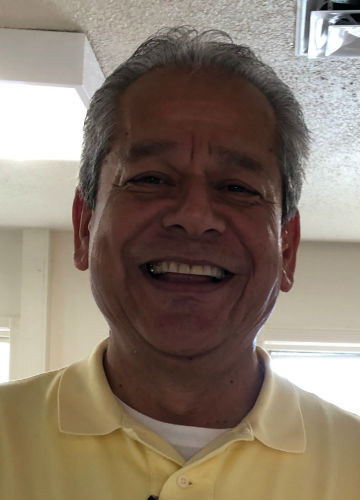 Deacon Franke Lopez is the newest Deacon of St. Anthony.  He has been married to his wife Ophelia for 46 years and has four beautiful children and eight grandchildren. He was transferred from Kansas City, MO to Pleasant Hill, IA for his job in 1986.

In 1996 Deacon Franke and his wife, Ophelia, became members of the Basilica of St. John with Monsignor Chiodo.  They were very active in the church teaching youth group, serving as an usher, and Master of Ceremony.  Franke was asked at that time about becoming a Deacon in the Church, and not knowing what a deacon was, he was given the opportunity to join Msgr. Chiodo on a pilgrimage to the Holy Land in 2000.  After spending time at the Holy Sepulcher and praying to discern if this was God’s calling for his life.  Franke returned home to let his wife know that he would answer his call to serve his people.  Franke entered into the Diaconate program in 2001 and was ordained in 2006, serving at the Basilica of St. John until August 4, 2020 when he was reassigned to St. Anthony’s.  He said, “I am looking forward to serving the community of St Anthony be it in Baptism, Marriage or having a conversation over a cup of coffee”.

During his time in formation Franke also became a Benedictine Oblate through Conception Abbey Monastery.